As we’ve already seen so far, dark tales of ghoulish beings with a lust for blood appear in every culture the world over. Our western model for vampires comes from two of Ireland’s greatest authors of gothic romanticism, Bram Stoker and Sheridan Le Fanu. Their books, Dracula and Carmilla respectively, introduced us to a deadly predator that easily moves among humans without detection because they look just like us and not some monstrous being of real vampiric folklore. According to their lore, the immortal enemy walks among us.

It has long been believed Stoker’s inspiration was Vlad Dracul, a 15th century nobleman who possessed a predilection for torture and bloodshed. While this may in part be true, inspiration for a cursed soul may have come from much closer to home. Among the timeless legends of fae folk, leprechaun’s gold and the mournful wail of the banshee, the Emarald Isle also has legends of fiends with a taste for vengeance, cruelty and blood. As you may have guessed, Ireland has its very own vampires.

It was commonly believed by the faithful of European Christendom, suicide was a sure-fire way to eternal damnation among the ranks of the undead. According to Irish legend, this is how one of its deadliest blood suckers, the dreaded Dearg-Due, cheated the grave and lurks in the shadows awaiting its next unwitting victim.

The story of the Dearg-Due, the red blood sucker, originated in Waterford long before Christianity took hold. The story goes, the beautiful daughter of a chieftain was carrying on a secret love affair with a young man well below her station in life. When her father learned of her secret lover, he had the man beheaded and forced his daughter into a marriage with a much older and abusive man. Naturally, the girl was heartbroken.

When the last wedding guest departed, the girl committed the ultimate act of desperation. She climbed to the highest point of her father’s house and leaped to her death. When her body was discovered, her father had her buried under Strongbow’s Tree. Sadly, her soul did not find the peace of the grace she sought.

The Dearg-Due isn’t the only blood sucking fiend that terrorizes Ireland’s darkest nights. There is also the legend of the undead tyrant, Abhartach. In life, Abhartach, was a ruthless dictator who took a great deal of pleasure in making life unbearable for the peasants in the region. When he died, his penchant for wicked cruelty caused him to be denied a place in the afterlife. Abhartach, rose from the grave and was reborn as a Neamh-Mairbh, one of the undead. With his immortality assured, Abhartach, continued his reign of terror by feasting on the blood of children as they slept. Abhartach proved that once a villain, always a villain.

When the people could take no more, they courageously banded together and broke open the tyrant’s tomb. What they found was the stuff of nightmares. Rather than finding a man, they found a hideous bat-like creature with a bloated body and a grinning blood-stained mouth.

A sword was fashioned from yew wood and the strongest among them drove the sword through his black heart. Abhartach let out an unearthly howl as the blood of innocents that coursed through his veins filled his tomb. The creature tried to escape but the sword held him firmly in place. When he was dead, the people buried him upside down so he could never find his way out. Abhartach would never return to hunt the living again.

Ireland is a country known for its timeless beauty, warm inviting people and its everlasting charm. However, beneath this charm dark legends and ancient superstitions are still shared. It’s a land where the banshee collects souls, ghosts forever haunt crumbling castles and the undead lurk in the shadows. 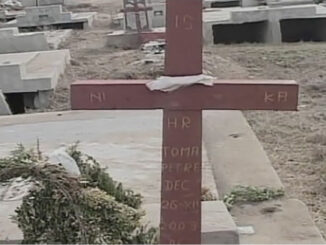 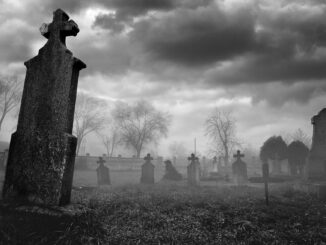