Recently, noted ITC (instrumental transcommunication) researcher Anabela Cardoso published a wonderful article on why some ITC researchers obtain better results than others. As an audio ITC researcher for over a decade, I have asked this question several times myself over the years and I always assumed that anyone who puts in the time and effort will eventually be rewarded with communications from the other side.

That being said, I have also noted that there are a few researchers in my field that constantly obtain better evidence than others. I’ve also noticed that the same is true in other ITC disciplines such and EVP, moving image, steam, digital, et cetera.

Parapsychologist David Fontana (d. 2010), former president of the Society for Psychical Research, was intrigued by this question as well so he approached Cardoso who is very well known for her ITC work with EVP (electronic voice phenomenon) and DRV (direct radio voice). Cardoso is best known for her work with a group of communicators on the other side of the veil known as Timestream (Rio do Tempo).

I have also believed for some time that when you begin down the road to serious ITC research, the communicators on the other side know. For lack of a better term, ITC researchers become “marked” by communicators. I go into depth on this topic in an article on ITC Voices. Once you open the door to communication, you cannot close it. I have noticed that during lulls when I am not actively communicating with the Others, they find ways to let me know that I should be working on my research.

With this in mind, I am now left to wonder if those persons who are not chosen by communicators will be “marked” or left to dabble on their own.

Regardless of how the communicators select persons to work with on this side of the veil, there are a few traits that successful ITC researchers have been show to exhibit. Cardoso came up with a short list of what may make for successful communication:

There is much more in the Cardoso/Fontana article that you should certainly read and the original article can be found here. We also highly recommend Cardoso’s two books on communication: Electronic Voices: Contact with Another Dimension? (2010) and her follow-up book Electronic Contact with the Dead: What do the Voices Tell Us? (2017). Anabela also runs the ITC Journal. 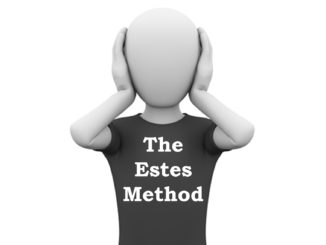