Down through the ages there have been people endowed with abilities that allowed them to do extraordinary things. The Oracle at Delphi in ancient Greece had an impressive precognitive record. In the Victorian era, Daniel Dunglass Home wowed the masses with his ability to manifest spirits and levitation. In the Cold War era, one other psychic became the focal point of the Soviet psychic spying program. A psychic so powerful she could kill with a glance.

At 14 years old, Nina Kulagina, answered the call of her country to fight the Nazi scourge during World War II. As a member of the elite Soviet red army tank regiment, Nina did everything she could to protect Mother Russia.

Following the Allied nation’s victory over Hitler, Nina did what most young Russian women did at the time, she left the red army, got married and became a housewife. And then strange things began happening.; events that had not troubled her for many years.

Ever since she was a young girl, the unexplained seemed to follow Nina wherever she went. In her presence, inanimate objects seemed to take on a life of their own. Kitchen utensils would move closer without her touching them, lights would flicker on and off in her presence. Nina was experiencing what parapsychologists call recurrent spontaneous psychokinesis (RSPK), more commonly known as a poltergeist. Except Nina’s RSPK wasn’t quite so spontaneous, Nina could control her ability. When word of her abilities reached the soviet government, they were more than merely interested in the housewife.

As the 1960s came to a close, Nina agreed to have her psychokinesis studied in a laboratory setting. Under the watchful eye of 40 scientists, Nina displayed amazing feats of psychic ability. She was filmed moving objects on a table. And to rule out any trickery on her part, the objects were placed under a glass dome. Nina’s abilities were extraordinary to say the least.

While subjecting Nina to the tests, scientists noted peculiar effects caused by the psychokinesis. Among them were an altered heartbeat, strange brainwave activity and disturbances in the electromagnetic field around her. Yet, they continued with the tests despite the danger to Nina. After all she was nothing short of a phenomenon.

As she was being tested, the Soviet military began to take notice of Nina and her abilities. They questioned that if she could make things move with the power of her mind, would she be able to kill an adversary from afar. The applications of Nina’s ability were limitless.

In March of 1970, the Soviet army got the answer they hoped for. As both military and scientists observed, Nina managed to stop the beating heart of a frog. Of course, the military was overjoyed at what this meant. Imagine what they could accomplish in espionage and assassination with someone like Nina Kulagina. If trained correctly her, and others like her, could gather intelligence or kill with a mere glance. They could finally overtake their sworn enemy the United States. The world could finally be theirs.

From 1970 till her death in 1990, Nina Kulagina was little more than a human guinea pig. Researchers hoped they could replicate what she accomplished with the frog, but that event appeared to be a one-shot deal. Although she could still move objects she could no longer kill making her of little use to the Soviet military’s dreams of victory.

It should go without saying that Nina Kulagina was an immensely polarizing figure. Although her abilities were closely scrutinized in a lab setting, skeptics still consider her a fraud. And she may very well have been. During those tense decades of the cold war east and west did everything they could to gain an edge in their fight to be the sole superpower of the world. So, was Nina a truly gifted psychic used as a pawn in international brinkmanship? Or was she just propaganda? Only Nina and the Soviets know for sure. 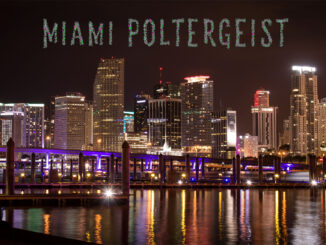 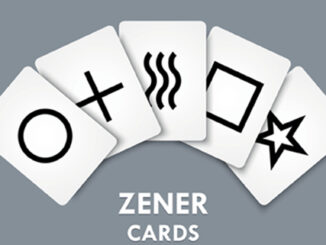 Psychologists Re-Examine Parapsychology As A Discipline 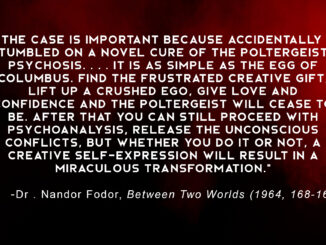