The years between 1536 and 1541 were dark years for the established Catholic church in England. After converting to Protestantism, Henry VIII went about wiping the Catholic church from the spiritual landscape of Britain. In his dissolution of the monasteries, the king seized monasteries, priories and convents and turned them into homes. While some clergy were spared, others weren’t so lucky. Some were imprisoned while others were martyred for their faith all because a monarch wanted a divorce and was told no.

Centuries after those violent days, a number of these ancient religious institutions still stand with many falling into ruin. Perhaps this is why so many have retained the memory of their past and ghosts of old stalk their silent halls. And Leicestershire’s Grace Dieu Priory is definitely one such place.

Founded in 1539 by Roesia de Verdun, Grace Dieu Priory was a rare example of an Augustinian nunnery. Following the dissolution of the monasteries, Grace Dieu was bought and converted into a family home by John Beaumont. Around 1690, Beaumont sold the property to Sir Phillip Ambrose, a wealthy landowner. After purchasing the building, Ambrose, demolished the original building to erase the building’s ecclesiastical past.

The following century and a half were not kind to the building. The building now lay in ruins and nature began to creep up on the ruins. When William Wordsworth, poet and father of the Romantic Age of English literature visited the ruins he was stunned at how lonely the old building was. After his visit he remarked of all that remained, “The ivied ruins of forlorn Grace Dieu.”

Today, the Grace Dieu Trust has worked diligently to raise the ancient building from the dead. They hope to open the building to the public as a museum. What they didn’t realize, Grace Dieu Priory had a completely unexpected surprise: Grace Dieu is haunted by two spectral residents.

One of the earliest reports of ghosts in the priory was relayed by a bus driver in 1954. According to his account, he was driving his route and stopped at the bus stop outside the priory. Standing at the stop was the lone figure of a woman wearing a white dress. When he opened the door to let her on, he was shocked to see that no one was there. Fearing that maybe he had struck the women, he quickly searched the area. Finding nothing, the driver got back on his bus and drove off. Later, his passengers confirmed his encounter with the white lady of Grace Dieu Priory.

Apart from the phantom white lady haunting the adjacent bus stop, Grace Dieu has one other ghostly resident. And this ghost has a reputation for being anything but friendly.

Late one night a police officer was patrolling the area on motorcycle when he was suddenly overcome by a bone chilling cold. When he stopped to take a look around, he received the fright of his life when a large, gray robed apparition appeared and walked across the road. Fearing for his life, the police officer jumped on his motorcycle and drove off as fast as he could.

A second encounter with gray figure was reported by a worker who was repairing a wall in 1997. As he was finishing up for the day, the gray robed figure appeared and shoved the worker to the floor. When he stood back up, he searched the building believing the figure was a flesh and blood person. When he found no one, he gathered up his tools and fled the building.

Since the worker’s encounter, the gray robed entity had been seen stalking the priory and lurking about the grounds. Whoever this malevolent entity was in life has never been ascertained. However, a story regarding a former Prioress may shed some light on who this apparition is and why she’s so angry.

In the 1530s, Agnes Litherland, the last Prioress of Grace Dieu, made the unforgivable mistake of breaking her vows and becoming pregnant. When she secretly gave birth, she was so grief stricken, she cruelly tossed the newborn into a lake. When her crime was discovered, Agnes, was walled up alive in the priory. Where she was forgotten for all time.

A second legend of Agnes Litherland, has her standing up to the King’s men and paying the ultimate price. They had heard that a vast treasure was hidden at Grace Dieu Priory. When they questioned the Prioress, she defiantly stood her ground and denied the existence of any treasure. Agnes Litherland was struck dead where she stood.

Whatever the story may be, Agnes Litherland is believed to be the gray hooded figure that haunts the priory. It’s believed she is merely protecting the building from those who seek to destroy it. I’d say she’s doing a great job. 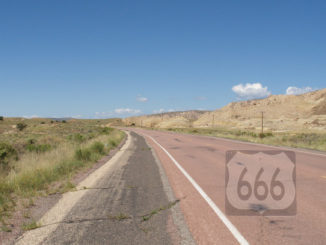 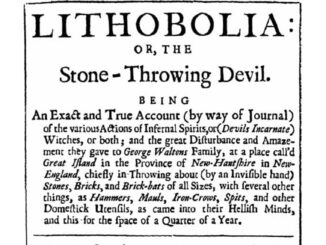 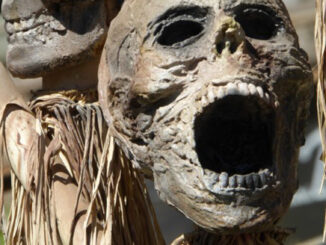